A Haunting Experience in Cumber House

A Haunting Experience in Cumber House 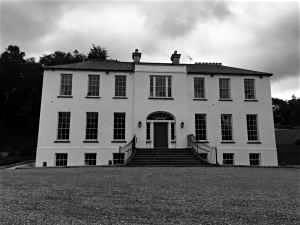 (inclusive of refreshments and a light supper)bookings through Supernatural Activities on 07708 911 972 or 028 777 40552 limited group size so booking is essential.

July just got very exciting with the Cumber House in Claudy Derry/Londonderry Supernatural Activities Event … a night in a haunted stately home … Participants can either observe or take part in the many controlled experiments that will be taking place … Catering of course is provided for, as we know just how hungry ghost hunting can be!! So what’s required:

Story of the Haunting and Recent Hauntings

Cumber House a breath taking stately home that sits proudly within its own private grounds was built in the early 1830’s and inhabited by the Browne family, a family with huge influence and power. The Story of the haunting begins when the old man Browne died. It was understood that this gentleman misused and abused his power when living and was not liked by the locals.
After the old man’s passing one of the priests made a comment to the head Gardner that the old man was burning in the fires of hell. The gardener told the family this and they summoned the priest to confront him. The old man’s son had a pistol held to the priest, screaming at him to prove that his father was in hell.

The priest got down on his knees and started praying like never before. When time had passed and no proof was seen, the son was getting more and more agitated. The priest then rolled up his trousers and prayed on his bare knees. He drew a circle on the floor and prayed again. Suddenly from the circle drawn on the floor, the ghost of the old man appeared out of flames. The priest ran from the house and never returned.

The ghost of the old man haunted the house for a long time, until the family finally got another priest to come to banish him. This he did by drawing a circle at the foot of one of the trees in the grounds and ordering him into it.

Many people have reported the sounds of knocking and scraping coming from the direction of the tree beside Cumber house, and only the very brave will walk unaccompanied round the grounds at night.

More recently was the sighting of a lady who has been seen walking the halls, landing and stairs. Gusts of icy cold winds followed by the unexplained moving of objects and turning on of electrical appliances have also been reported.